Unfortunately we live in a trashy world. We like to use and throw stuff ... faster than we use them.

Just think about it ... how many disposable pens have you bought in your life? What happened to them before you bought a new one? Or disposable lighters? Party at home ... many of us use disposable plates, spoons, glasses and throw them in the trash at the end of the party. A bottle of water on a hot summer day gets consumed pretty fast and the empty container finds its way to the trash can. And from there to a landfill or the rivers and oceans to pollute the Earth for centuries.

Plastics, when they were invented in 1907 ... less than a century ago ... came as a boon. Lightweight, durable and relatively inexpensive, it has changed how we live our lives. There is almost nothing that we use everyday that does not have plastic in it. Great, except for one thing...

Plastic does not biodegrade.

Plastic only photodegrades, meaning that in time it will get broken down into smaller and smaller pieces, finally microscopic in size, undetectable by the naked eye. In the process of photodegradation, it ends up in the rivers, seas and oceans, where birds, fish and other marine organisations mistakenly consume them as food. Often it kills them. 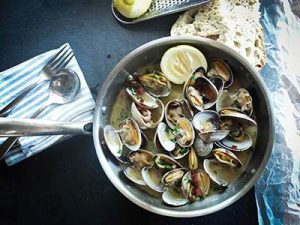 And end up in our plates when we order sea food at a restaurant, little realising that we are paying to consume toxins.

Plastic is not food to any creature ... on land, in the sea or in the air. It leaches toxins in the process of photodegradation and is causing irreparable damage to this planet. And they end up working as magnets for waterborne contaminants like pesticides. Attached to these plastic particles, these contaminants move to places where they do not belong ... and end up screwing the ecology of a newer region.

What is required is for each and every concerned citizen to be aware of this invasion of our lives by material that is polluting our world and the planet that we will leave for our children.

It might be too much to expect that one fine morning we will start living in a planet comprising only biodegradable products. Till that day, we have to make conscious choice of living a lifestyle by either refusing to use non biodegradable products, failing which to reduce our usage of such products. Simple things like carrying a cloth bag to the market, buying products in bulk instead of in neatly packed plastic wraps, not drinking from styrofoam glasses, go a long way in helping the environment litter-free.

Despite our efforts, sometimes it is difficult to not use such products. Computers, mobile phones, refrigerators, microwave ovens, pens, have all got plastic as one of the main ingredients. In such cases, we can decide to reuse many products instead of just throwing them away in the trash. Plastic bottles for instance can be reused in hundreds of ways - planters, pencil holders, chandeliers, lamp shades, jewellery towers, wall decor items, etc. If we can reuse and recycle items, not only will our lives become more decorative, creative and colourful, but we will be doing Mother Earth a favour by not dumping our waste on her.

According to some sources there are 5.25 trillion pieces of plastic debris in the world's oceans and seas, of which some 269,000 tons float on the surface, while about four billion plastic microfibers per square kilometer litter the deep sea.

If left uncontrolled, even though the oceans will continue to live, marine life will disappear and with that much of humanity's food source. The food chain will be damaged beyond repair and life as we know it will cease to exist, if not disappear altogether.

We cannot allow this to happen. Our future and that of our children, depend on curbing this menace. 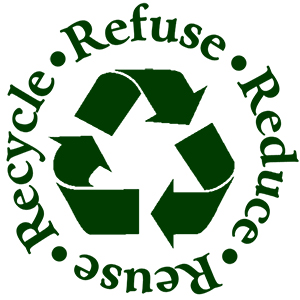 Most plastic are manufactured for one-time-use. Let us reverse that trend. Let us not randomly trash and discard plastic. Let us make ART FROM TRASH.

Let us collect, forage, store plastic in all its forms ... at least as much as is humanly possible. Do not throw the bottle away. Pick up bottle caps you find strewn on the street. Carry back the styrofoam cup or the drinking straw. Construction at home? Pick up the unused pieces of PVC pipe. Be creative and turn these things to decorate your home and your life. It does not cost anything to beautify your home, office, school, neighbourhood with things made from trash compared to the amounts we end up spending buying stuff from the store ... possibly made of plastic and something that we will throw away one day.

Here are some ideas of how we can make ART FROM TRASH.
Think plastic bottles, cups, spoons, bottle caps, pipes, etc.

These are just indicative. The possibilities are endless and are limited only by your own imagination. Send us a list of things that you think you can make out of plastic trash and we will add it to the list. Better still, let us do an event together and we will together beautify your School, College or office premises with trash that we collect. How does that sound? Let us know.

Will we be able to rid the world of plastics? Probably not in the foreseeable future.

Will we live in a world free of litter, pollution and contamination? Seems unlikely.

Will all the citizens of the world start practicing the concept of REFUSE | REDUCE | REUSE | RECYCLE? Hopefully.

This is the hope that pushes us towards a happier future, towards leaving a cleaner, greener planet for future generations.

Watch a video where we made a raft out of PVC pipes and went down the Ganges.