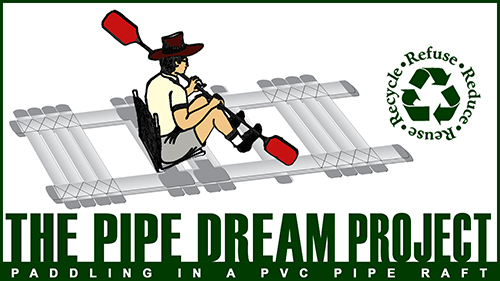 Well, so far The Pipe Dream Project has lived up to its name. It has continued to tell me that the project is little more than a pipe dream and I am barking up the wrong tree in wanting to see this effort go through. The project was developed more than a year ago and (not) surprisingly, I did not find too many people either understanding it or wanting to support it ... except one company VASUDHA. The concepts of cleanliness, pollution, environment, climate change, toxins in our food and water, are all wonderful topics to be discussed sitting in our living rooms, finding people to blame who obviously do not know what to do about it, while drifting comfortable into the bosom of Bacchus, chomping on delicacies that used to once walk, crawl, swim or fly.

So be it. One day I decided that enough was enough and that I would conduct the expedition by myself, even though there was no support. I packed my bags and headed off to Kolkata with the intention of starting the expedition in the shadow of the wonderful bridge spanning the River Hooghly to end where the Holy Ganges emptied into the Bay of Bengal. Everything seemed to be working out nicely, except the rains that was pelting down. Since I would be paddling for just about three hours a day to coincide with the tides, I was not too worried about missing a day or so in what would likely take about four days to complete. The tide was my concern, not the rain.

I wanted to keep the State Government informed and sent them a formal letter appraising them of my intentions. And the moment the letter got into the bureaucratic system, there were multiple agencies that had to provide their blessings in order for the effort to go through. I waited for about ten days for the requisite papers and when I did not see it coming without constant and regular follow-up and phone calls, frustration set in, and the expedition was aborted. I was back in Delhi, a lot poorer thanks to the air fare, excess baggage penalties, local transportation, etc. Money I did not have and sponsors had not given!

I had half a mind to "retire" and settle down to the rest of my life watching television and reading books. The other half reared its head quite vigorously and there I was on my merry ways again. The geography changed and the location of the expedition got modified. It was still on the Ganges though, except that now it would be starting at the source instead of near the sea. A better idea since now there would be no tides to deal with. The only thing that could throw a spanner in the works were sand banks and lack of water on the river ... meaning portage. The monsoon has been good this year and a short trip to Haridwar a week ago saw a pretty decent volume of water and a current that would push my hand made boat along quite nicely, thank you very much.

I will face a few barrages en route which necessarily will mean portages, but that will be a small price to pay for a journey that has taken so long to commence.

The plan is to start from Haridwar and paddle the hand made raft till Varanasi ... or at least as far as I can, physical and mental fatigue permitting. It is a journey of about a thousand kilometres between Haridwar and Varanasi and I am hoping to complete it in about seven days. If the current is in my favour and it does not rain and I am not hauled up by sundry authorities en route wondering what the hell I am up to, I should be able to reach Varanasi in a week. If the mind is in the right place and the going is good, I might even try and push the distance a bit.

For something that has taken a year and more to get started, I am looking forward to it. Just a couple of days before the boat is constructed and launch my journey. A first for India and I doubt if anyone else in the world has managed to cover a thousand kilometres in a PVC pipe boat. Maybe there will be some validation of this effort in the form of a Limca record. Who knows? Let's see. 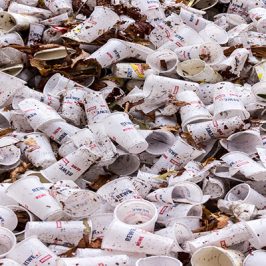