30 Days Floating in a Life Raft

Open water, sea survival, floating in a life raft ... and to spread awareness about leukemia

"A view of Heaven from a seat in Hell" - Steven Callahan

One of the most celebrated sea survival stories is that of Steven Callahan who spent 76 agonising days lost at sea, living in his life raft. Some others have other stories to tell. The Chinese sailor Poon Lim spent 133 days lost at sea in 1943-44 when his boat was torpedoed by a German U-boat. Richard Van Pham went adrift after stormy weather hit his planned three hour sail and he spent the next four months on his boat in the middle of the Pacific Ocean. Maurice and Maralyn Bailey's boat capsized when a whale head butted it and they spent 117 days at sea before being rescued. Three Mexican fishermen ran out of gas in their fiber glass boat and were rescued nine months later. These were the lucky few.

The ocean is merciless and kills very often

The ocean is probably the most unforgiving of survival scenarios. When you lose your boat and find yourself inside a small rubberised inflatable floating device, at the mercy of the elements, the heat, the hunger and the thirst (oh the thirst), you almost end up praying for death to silence the pain. But people have survived and it is possible to survive. Not easy ... but possible.

How to cheat death ...  hopefully! 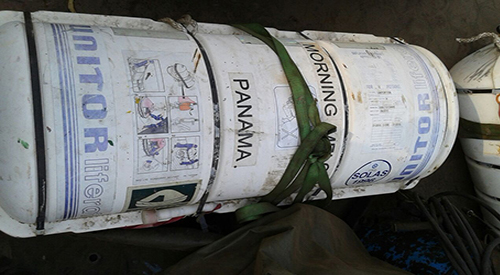 One intrepid (and possibly stupid and crazy) survivalist will voluntarily let himself adrift in the Arabian Sea, in a small life raft, armed with just the provisions found in any regular life raft, a few days of food and just a few liters of water. He will live on the life raft for 30 days (which will feel like 30 decades) showing the skills that need to be a part of living in a life raft, waiting for rescue.

For safety reasons, a support boat will check on him once every few days to ascertain position and physical condition. He will receive no support from anyone unless there is a serious medical emergency. Moreover, since drifting in the open sea, there is a distinct possibility of being lost forever, the life raft will be tethered to a marine buoy.

Moreover, the "survivor" will film the entire adventure himself using multiple HD cameras.

Words of encouragement from Steve Callahan

Thanks for your note.  Not sure if I can supply any really relevant tips not reflected in “Adrift” and how I dealt with my own drift. One big advantage you have is knowing (hopefully) when it will all end, so you can focus on making it to that time. I am attaching an article I wrote not too long ago briefly addressing the issues though. Hope it is of some help. Best of luck on your drift. S 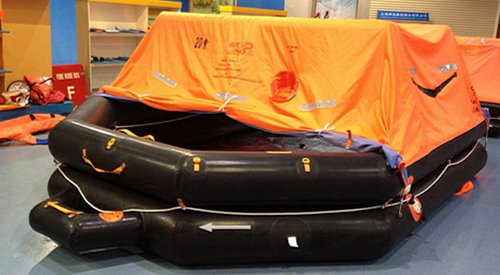 The survivor will simulate a near real-life scenario as possible. He will be on a life raft equipped with standard life saving and survival gear that are part of any standard life raft. This will comprise fishing kit, rescue line, paddles, bailer, pump, repair kit, sea anchor, whistle, torch, signal mirror, signal card, flares, parachute rockets and rain water catching system. The only "luxury" item will be a desalinator to make drinking water out of salt water. He will have the standard packed 10-day survival rations and five liters of fresh water. He will try and catch fish and birds to supplement his food intake.

30 days in a life raft is a long time to be able to demonstrate what can and should be done. But simulation apart, 30 days is indeed a very long time and there are certain realities that will present themselves, each of them scary and potentially dangerous. And not just high waves, storm winds, and capsizing rafts. One major possibility is salt water sores. These are like bed sores and extremely painful. Blisters form on the skin and can get infected pretty quickly. Antibiotics are the only cure. The second possibility is trench foot or immersion foot. Wet feet can turn infected and gangrenous in a matter of hours, often requiring amputation. The only solution is to keep them dry. A tough ask when floating in the middle of a million miles of water.

However, these are realities that are going to be par for the course during this extraordinary adventure and hopefully people will learn something from it ... including the survivor himself. Some other sea survival skills that will hopefully be demonstrated are as follows:

Chandan Lahiri is a survival skills instructor, an adventurer and an explorer, a triple record holder and a survivalist. He is also the ideator and the Course Director at OTA Survival School. He has already spent 30 Days Alone in the Wilderness, showcasing jungle survival skills when he lost 13 kilos in 30 days. This is possibly the most extreme expedition he has ever been on.

He is also the author of WILDERNESS SURVIVAL HANDBOOK, a comprehensive and exhaustive 400-page illustrated book on wilderness survival. Chandan is a triple record holder, two in endurance motorcycling and one in survival fire making skills.

This expedition is not only about spreading awareness about sea survival, but imbibing in people the need for a positive attitude even in the most dire of situations. This is easier said than done and it is quite easy to give up when faced with what look like insurmountable odds. Survival is mostly in the mind. What happens six inches between the ears is way more important and useful than the size of the muscles in the arms and the contents of the survival kit or indeed the certificates hanging from the walls. In times of crisis we need to dig deep and do everything within our power to overcome the situation. That is what will turn a survival situation into a self reliant one.

And that is what this expedition aims to achieve.

Importance of Knowing Latitude at Sea

Improvising a sextant while lost in the open sea