The Earth is like a sphere, rotating around a central axis. More than seven billion people inhabit less than a third of its surface. The rest of it is made up of water. From ancient times, travel from one region to the other was by the sea route and adventurers and tradesmen outdid each other in finding safer and quicker sea routes. We have heard of people like Christopher Columbus and Vasco da Gama who became household names around the world for being seafarers. Casting out to sea was really a great adventure. Most routes were uncharted and the ones left back home did not know whether they would see their loved ones ever again or whether they would be forever consigned to the bottom of sea. Travelling over the waters of the sea was what adventures were made up of. The reward at the end of the day was recognition and bullion. 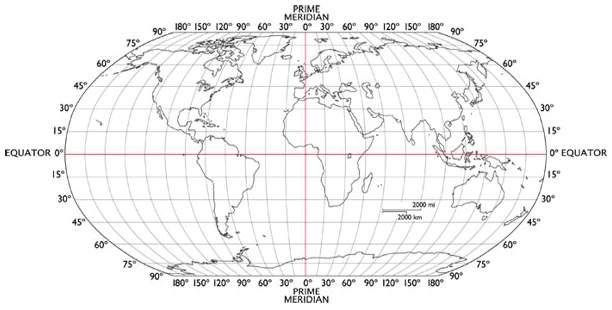 The Earth has been charted into rectangular segments comprising imaginary lines. These lines are perpendicular to each other. The vertical lines join the North and South Poles and are called longitudes while the horizontal lines are parallel to each other, going all around the diameter of the Earth’s surface. These are called latitudes. Primarily these lines were drawn and developed to assist ships to know where they were at any point in time, anywhere on the surface of the Earth. Once one knew their latitude and longitude, they could pinpoint with accuracy where they were. And plotted over time, their route could be charted for others to follow.

Let us look at latitude. Your latitude determines how far North or South you are on the globe reference to the one cutting across the centre of the Earth – the Equator which lies at 0° latitude. Latitudes above and below the Equator are graduated in one degree increments till it reach 90° North or South to the North or South Pole respectively. Knowing this degree of latitude was extremely important.

Let us take a look at the Earth and assume we are somewhere off the Southern coast of India, a little South of Sri Lanka, let us say at latitude 5° North. And we are sailing without the aid of modern gadgets like GPS systems. If we manage to inadvertently continue to sail in a southerly direction, we will not make landfall till we hit the continent of Antarctica ... 8,000 km away. Our purpose of the journey could possibly have to reach the Andaman Islands, less than 2,000 km away, the southern tip of which lies at 7° North latitude. All we really had to do was to sail East keeping an eye on our latitude, sailing towards the 7° North latitude to reach our destination. Because we ended up drifting aimlessly, we landed up in Antarctica!

This is important for all ships and boats and other vessels out in the open sea. This knowledge becomes absolutely critical for survivors at sea who are drifting about in a life raft, hoping to make landfall quickly. Drifting aimlessly will ensure a slow and lingering death, without any hope of reaching safety, unless couple by miraculous luck. Let us look at this in a little more detail.

I assume that you knew where you cast off from and which direction you were sailing in and what your intended destination was. So, in your mind ... and hopefully with maps and charts ... you know where your boat sank. Looking at your current location you should be able to judge where the nearest coast is. Calculate your latitude and sail towards the most feasible land mass. Knowing latitude will help you immensely. Again taking our earlier example of 5° North latitude where we are, we should know that it is imperative that we do not veer further South. As long as we drift North, we will hit land somewhere in the Indian mainland. Even if we drift East or West, and remain North of our current latitude, we will hit either the African continent or South East Asia. A longer sail compared to the Indian mainland, but we will hit land. But if we drift SOUTH, then we are negating our chances of finding land.

Knowing your longitude will mean that you can calculate how far the nearest land mass is East or West of you. But knowing your latitude is far more important. Learn how to improvise a primitive sextant and become a more knowledgeable seafarer. 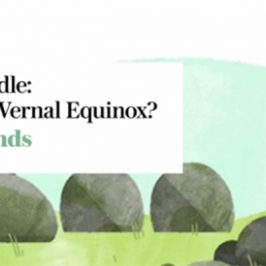