A sundial is a fascinating piece of equipment. It not only tells us directions but also the time. With more advanced architecture, they can tell us our latitude, sunrise, sunset, even time in another city. If only we know how to read the signs and the shadows. The Sun Temple at Konarak in Odisha is a case in point. You must have seen pictures of the temples and the wheels of the chariot. These wheels are actually sundials and extremely accurate ones at that. One can tell the current time to a few seconds. We have not been able to decipher the complexity of the Sun Temple but there are thoughts that it could also be a moondial, telling time even with moonlight. With more research, we may one day be able to tell time for 24 hours of the day ... without the use of modern gadgets like watches, clock, chronometers.

How does a sundial work? It uses the shifting position of the Sun to tell time. The Sun travels 360 degrees in the sky in a span of 24 hours. So, it moves 15 degrees every hour. If we can measure this shift we can tell the passing of time. And for that we need a shadow. Look at the illustration below. It is essentially a graduated circle, divided equally by degrees all around its circumference. And a marking every 15 degrees denotes the hour. 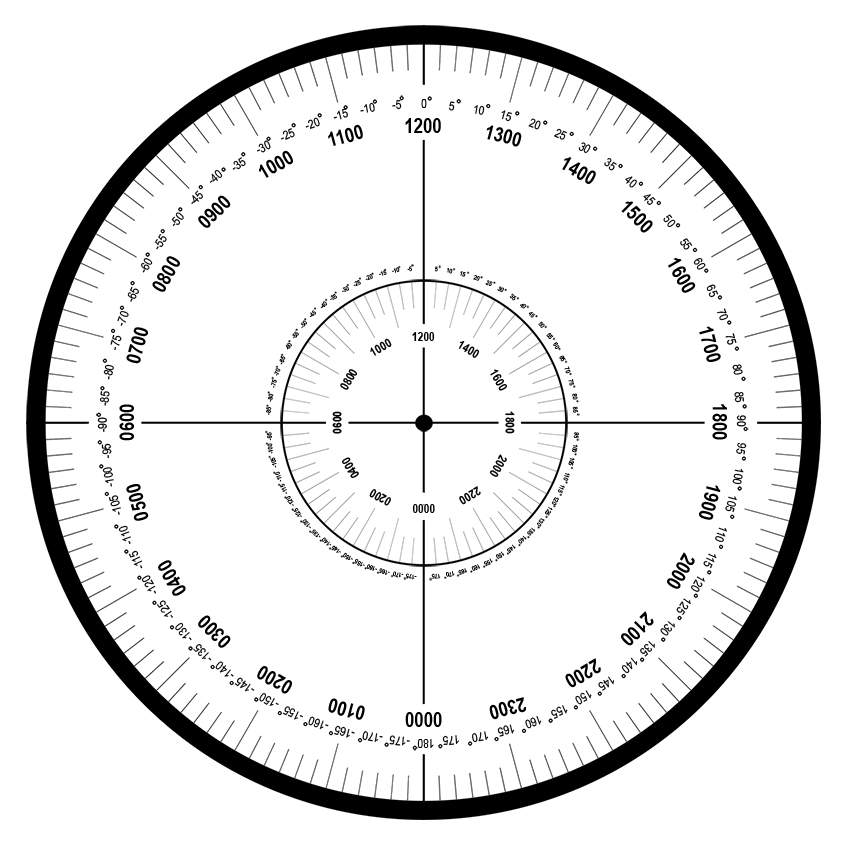 One thing that one has to remember is the time when “noon” occurs. This is the time when the Sun is at the zenith and any shadow cast by the Sun is the shortest compared to any other time of the day. Why is this important? Because right at this very instant, we know our cardinal directions – North, East, West and South. Let us use a shadow. In the template let us place a stick vertically, pointed up at the sky, with the template itself lying flat on the ground. Depending on where the Sun is located at that time of day, a shadow will be cast. Mark the point depicted by the end of the shadow ... made by the top of the stick on the template. As the Sun moves through the sky keep marking these points. At one point, the shadow will be the shortest after which it will start becoming longer again. The line formed by joining the base of the stick and this point where the shadow is the shortest lies on the North/South axis. In the Northern Hemisphere, the shadow will be pointing North. 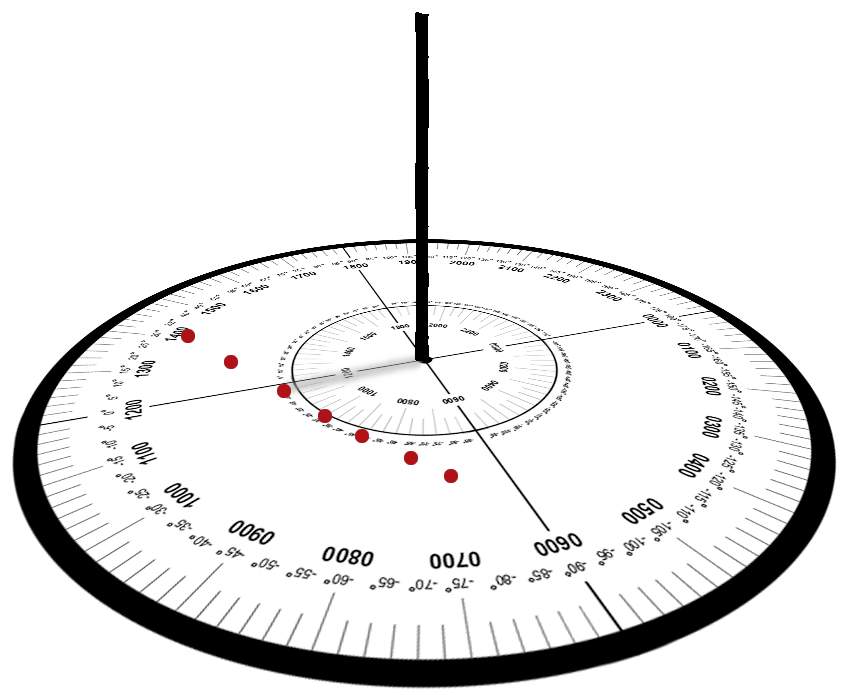 What is more important is that at the exact time the shadow is the shortest, is all noon at your location where the experiment is being conducted.

So, we have our North/South line. This line also shows the beginnings of our clock. The North/South line points to 12 o’clock or 12 noon. As the Sun moves through the sky, at every 15 degree interval, the time changes by one hour. If the Sun has moved 45 degrees, three hours have passed and the time is now 3pm. If we do not move this template and look at the shadow the next morning, before noon, the shadow will fall to the left of the North/South line. Look at the graded scale ad you will be able to tell what time it is and how long before it is noon, for instance.

There is one caveat though. The Earth rotates around it central axis and depending on the month of the year, the Sun apparently moves north or south, thus creating seasons. The time depicted on the illustrated template will not be useful if a couple of months have passed by, since the position of the Sun with reference to the Earth (and our template) would have changed. It is possible to add another dimension to the template to correct the calculations for seasonal variations. Let’s leave that for another day.

If you want to design a sundial and place it in your home, send us a mail and we will send you the template which you can print out, cut out and with a sturdy stick at hand, make yourself a sundial ... right in your home. 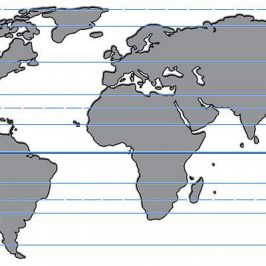