Self Defense Training for Women

Don't get robbed, raped, kidnapped or killed ... learn to defend yourself

We live in troubled times and every so often we get to hear about some unfortunate problem or the other on the streets of our cities. Particularly for women, safety is becoming a huge cause for concern. It is a good idea to know what to do when faced with a potential attacker. There are usually three possible reasons for an attacker to attack: 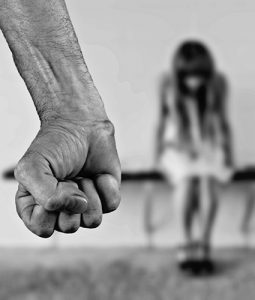 MOLEST and/or ROB (most likely),

Most people do not know how to react in such situations, resulting in a bad situation going horribly wrong. There are some simple things one can do to prevent an attack and walking away from the problem with as little harm as is possible. There is no point in playing the martyr. You do have the right to defend yourself and the knowledge will enable you to do so. Participate in this Course and become more confident of walking away from a potentially dangerous situation.

Remember that you have a right to defend yourself.

Learn various tricks and tips of saving yourself from becoming a victim of an attacker on the street. Your primary goal is to get out alive, as unharmed as you possibly can. Women particularly have to remember that your attacker will almost invariably be bigger and stronger ... probably drunk and out to prove his manhood. There are lot of martial arts moves that use the strength and build of the attacker against them. But these require years of practice and cannot be expected from people like us who are not preparing to become natural fighters, but are just trying to learn tips to defend ourselves.

You do not need to know martial arts to defend yourself. 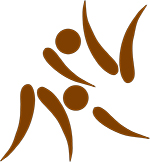 Learn how to conduct yourself on the street to prevent becoming a victim. Use items that are in your purse or wallet to use as a deterrent weapon. Recognise potential problems. Your primary purpose is to get out of a potentially dangerous situation, as unharmed as possible. It is not about ego or vengeance or winning a street fight. The attacker lives a life of violence and in the fight you might get into, there are no rules and no judges.

Increase the risk to the attacker by preventing him from continuing the attack. Your job is to exit the scene as soon as you can.

This Course is primarily for women, conducted indoors and lasts about four hours. You will learn about two dozen ways you can defend yourself and hopefully get out without too much harm. Whether you are grabbed from the back, from the front, choked, or worse case, down on the ground, ready to be raped. We will even learn how to handle potential molesters by stopping them before they go too far .... and that is usually the moment there is unwarranted touching or some other sort of physical contact.

This Course can be conducted within office or School premises and according to us, should be mandatory for all women. During this Course you will learn about the following:

→ What is self defense
→ Profiling the attacker
→ How should you conduct yourself on the streets
→ What do to BEFORE a possible attack
→ The art and science of dealing with a larger, stronger, heavier attacker
→ Fight or Flight
→ Soft targets
→ Defending yourself physically

Fees for the Course (conducted in Delhi)

If you want to learn about self defense and to protect yourself on the streets, fill out the form below and let us know.