Cody Lundin of Dual Survival fame and from the Aboriginal Living Skills School wrote an open letter to President Obama when news was reported about him participating in a survival programme with Bear Grylls. After some criticism and comments on social media, Cody wrote a follow-up piece explaining why he wrote what he did. Here it is.

With nearly 400,000 people reached, my Obama post has received many comments. Good. As this is a wonderful teaching opportunity, I’ve answered some of your questions and comments below.

Question: Cody, why bother going to the trouble to call this out?

Because I care about the truth, and I care about people’s lives. I am not concerned about what my peers will think, or people with critical thinking skills, or those with bona fide field experience. My post was nothing new to them. I am also not concerned with personalities who demand that George Clooney be their physician. A few generations ago, natural selection took care of this defect. There will always be gullible people who willingly obey media spin. I am concerned with good intentioned people who are being lied to by TV networks posing fictional characters as non-fiction, and don’t know it. We are dealing with people’s safety, and I am more than willing to endure badgering on a facebook page if it saves a life.

When you watch survival shows, you are training, whether you realize it or not. It is common knowledge that watching TV induces low Alpha waves in the human brain. Low Alpha waves are associated with relaxed states and suggestibility. Most parts of the brain, including those responsible for logical thought, tune out when you watch TV. Also, TV is all about imagery. Imagery is what comes to a panicked person’s mind first in an emergency. It is the reason I used cartoons in both of my survival books. I know that a scared person will remember my cartoon characters long before a paragraph of words. When you view incorrect images in a suggestive state where logical thought is suspended, in a realm where your survival is at stake… these false “teachings” will be the first to surface if you find yourself in a real survival scenario. Think deeply about this, especially if your children watch these shows. They will mimic what they see.

Question: Give us some credit Cody, do you really think we believe those shows are real?

You may not, but I have been approached by thousands of people over several years who do. Unfortunately, viewing some of the comments on my last post proves that there are many people who are unaware that they have been duped.

Comment: Edward was in the military, so that makes him an outdoor survival expert.

Comment: Edward has climbed a mountain, so that makes him an outdoor survival expert.

Whether Republican, Democrat, Independent or any other party, I would have written the same letter. Dying in an emergency is a non-partisan issue. Yes, Obama blew an opportunity to teach factual self-reliant skills to thousands. Yes, he further glorified one of several TV personas crafted by Discovery Channel executives under the guise of non-fiction. The fact that this happened days from the 10-year anniversary of Hurricane Katrina adds insult to injury. Preparedness training is not a game.

In conclusion, survival TV has piqued the interests of hundreds of thousands of people. Yet nothing has done more damage to the profession of outdoor survival skills than networks’ phony survival instructors and dangerous, out-of-context scripted programming. Due to my profession and involvement in the media industry since the 1990s, I have many unflattering stories about phony survival instructors on TV. Truth is stranger than fiction. Become informed. Do your research. Your life is worth it.

I have never been tolerant of those who knowingly abuse their position in a role where human life is at stake. Survival instruction deals with whether people live or die. Real survival instructors minimize risk, rather than create it. Failing to separate fact from fiction in this skill set can get you killed. I hope these posts continue to generate dialogue and critical thought. For those who are interested in living, check out http://www.codylundin.com/choosing.html

For those who found this post too “whiny” or “serious,” or who would rather be entertained, I’ve attached this photo of an adorable kitten whimsically perched near fluffy bundles of colored yarn. Enjoy! 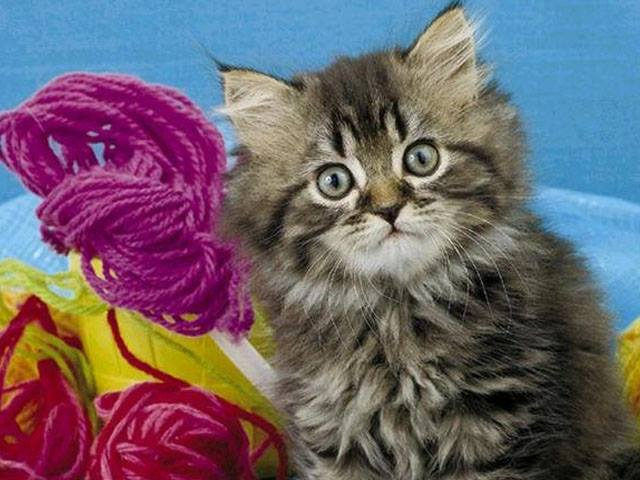 You can read Cody's open letter to the President here.

Let us first look at some facts.FACT: Chennai received more rain in three days than...