There is a lot going for prepping and survivalism. There are so many people out there who want to learn survival skills and try and live the way our primitive ancestors did many centuries ago. And that is a wonderful thing about the survival space. There is something basic, something primal about rubbing sticks to make fire. It might take a lot of effort, it might sap your energy, but after a hard day's work, when you are really looking forward to some warmth, the embers from a friction fire combusting to give you fire is something that will never ever fail to bring a wide smile to your face.

But making fire by friction is most often in highly controlled environments.

You are not really lost, hungry, thirsty, disoriented, injured. The elements that make up a friction fire are conveniently at hand and one does not really need to forage around and experiment with different kinds of wood to make the set. The wood is dry, the instructor is around or you are practicing in your own backyard. All good. Except, when one removes the "control" from the environment. Then you are really screwed.

There is a lot to be said about knowledge. It is good to know, nay it is wonderful to know how to start a fire by friction. But why go through all that trouble when you could have a fire in less than half a second by using an inexpensive disposable lighter? Sure, lighters are notorious for misbehaving. The fuel runs out just when you need it the most. Even if there is fuel in the canister, it just does not produce a flame. At other times, the lighter just does not click to life. The knowledge of making fire by friction comes real handy in such times. Wait a second. What about a ferrocerium rod? Another remarkable fire starting method developed over the last few years that is exceedingly dependable. A single rod works literally for ever, works when wet, takes a fair bit of abuse and will almost never fail to produce fire as long as your tinder and kindling are dry and arranged properly. One can also start fires using wet kindling, but that is a different story.

I do not see why instructors and students spend so much time and effort and energy learning friction fire techniques.

Dump a couple or three disposable lighters in your kit. They weigh almost nothing and are a boon every night. Moving camp, you do not need to worry about carrying embers from one location to the next ... just light a new fire. Same with a ferro rod. They are small, weigh next to zilch and can be incorporated into the other item that has become a defining element of all survivalists - the survival bracelet.

My suggestion is not to waste time learning friction fire methods.

Spend that time constructively learning what to do with that fire once lit and roaring. Boiling water, for instance. Or cooking your food. Or drying your socks so that you do not get trench foot. Or just staving off hypothermia. Or come on, a fire is a great thing to have around a campfire. Just talk to it, it is not called Nature's television for nothing.

But our ancestors did not have lighters and ferro rods, did they? No, they did not, but for them fire by friction was a way of life and they could light a fire in about thirty seconds. They practiced fire making from childhood and did not give it a second thought. Not so for us. It is an acquired skill and not an easy one at that. Carry your lighter and ferro rod in your kit. You will be a much happier camper. 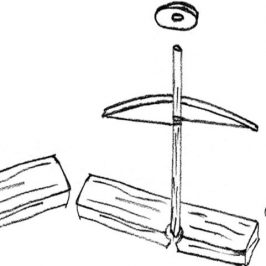 When one hears about survivalists or about people living an primitive life or see survival...