Let me start with a caveat - I adore Bear Grylls.

It is thanks to Bear Grylls that the whole concept of the outdoors in general and survivalism in particular has got such a fillip across the world. Had it not been for Bear Grylls, who literally brought the survival genre right into our living rooms, a lot less people would be aware about how absolutely ruthless and unforgiving Mother Nature can be. Take her for granted and she will turn around and bite you in the ass.

Man vs Wild gave birth to a whole range of similar shows - Dual Survival, Man Woman Wild, Survivorman, the extremely popular reality show Survivor, even shows like Lost and Amazing Race have shades of survival built into them. Bear went on to become the youngest Chief of the Boy Scouts movement.

He has really been an inspiration to a lot of people who like to call the outdoors home. Also, having read many of his books, I have come to the conclusion that Bear is a humble, God fearing person, totally devoted to his family, and extremely grounded despite the name, fame and money he has received over the years.

So all kudos to Bear Grylls.

However, here comes the operative part. Bear Grylls is an entertainer. If one follows his episodes over the years, it becomes evident that from the early days of survival tips being the hero, increasingly entertainment has pushed itself front and centre. I agree, a large part of the voyeuristic pleasure that people get watching Bear on television, is his food menu. And he goes the extra mile to make it look gross, with blood and guts oozing from the corner of his mouth as he bites into some completely nutritious though entirely obscene looking wood grub.

Does he need to do that?
From a survival point of view, probably not.
From the television ratings point of view? Oh yeah, definitely.

Catching a snake and killing it by biting its head off is another example. This is a survival show and people, particular the younger impressionable audience gets impressed into believing that this is the right thing to do. I believe that as far as wilderness food is concerned, one should not go after something that can go after you. And snakes can certainly go after you. And one does not always have the knowledge to identify a venomous snake from a non venomous one. It is not that one can sit down with the snake over a cup of tea to figure out whether it has the venom to kill you or not. I would not go after a snake. But when push comes to shove and the only meal that presents itself is a snake, I would probably be very careful, kill it as quickly as I can, bury the head deep in the sand, skin and gut the snake, put it on a fire to roast and then clean my hands thoroughly about five times, before even considering putting anything in my mouth. Snakes carry germs and you can get very sick consuming it. Wrangling the snake can kill you or at best injure you pretty badly if you do not know what you are doing.

I suspect most of his television viewers do not know what they are doing and accept what Bear tells them as the gospel truth. Disclaimer be damned.

If I find myself in a survival situation would I walk around an obstacle that presents itself as a gorge or will I dive headlong into the raging river at the bottom of the gorge? Sure, it is possible to gauge the strength of the current. One can maybe even see if there are rocks in the river that can crack open your skull. What you cannot see is what is below the surface of the water. I would rather walk twenty extra kilometres than risk my neck jumping into the river at the bottom of the gorge.

One eternal question among survivalists is about hydration. Is drinking your pee good for you. I hear people say, "Bear does it, so it must be good." Incorrect. People who survive by drinking their pee survive despite drinking their own pee. Urine contains salt and drinking urine will only increase your thirst and end up dehydrating your body even more. At best, drinking urine is a psychological process, helping the mind more than the body. If you want to try it, take a gulp, swirl it around your mouth and spit it out. Your parched mouth will get coated with some liquid and give you a psychological boost. A better idea with urine is to damp your scarf or bandana and wrap it around your head and neck. It will keep you cool.

The one thing I personally absolutely detest at the end of almost every Bear Grylls episode is the way he finds his ride. Either he is jumping off a cliff to catch the rope dangling from under a helicopter, or running after a truck and scrambling on to something that he hope to latch on to or some such other absolutely insane means. This will certainly get you killed. Or at least injure you very badly.

As a survivor you are lost, tired, hungry, thirsty, injured, fatigued, cold, wet, any number of things. You need to increase your chances of surviving the ordeal, not play Russian roulette with your life.

There are a lot of good survival tips Bear portrays. But they get largely overshadowed by the gimmickry demanded by television ratings. These are impressionable minds we are talking about. These kids look up to you, Bear. Give them the right advice and do not show them things that they will blindly follow just because they see you get away with it. You are an expert, the viewers are not. Please keep that in mind.

Love your shows by the way ... as entertainment. 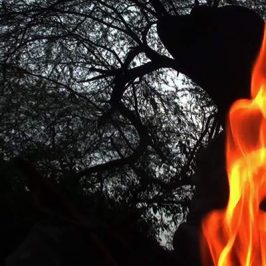 The outdoors can be a wonderfully rejuvenating place. Seeing places and things never seen before,... 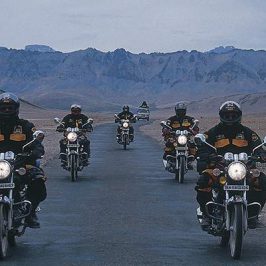 This is a question a lot of people struggle with. “Should I travel alone or... 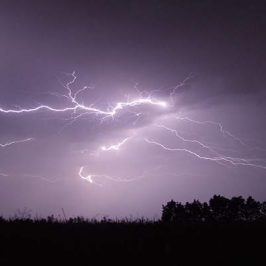 Believe me when I tell you, it is not so much fun being drenched. Sure,...