There is a great requirement for survival skills instructors. Even though the level of preparedness by the average citizen is woefully inadequate, the recognition of the need to acquire survival skills is still largely relegated in the recesses of the mind, buried under the many other priorities like owning the latest cell phone or going on a vacation or watching the latest episode of the nonsensical series running on television.

The fact that someday the knowledge of survival skills can save our lives is cast into the distance improbable future and we go on with our lives as if we live in utopia. Problems happen to other people and if it does come visiting our door, it is just plain dumb luck and we can do nothing about. Or so the feeling goes.

For those who do believe in acquiring these skills, and unfortunately the numbers are miniscule, there are a lot of people going around whose primary source of knowledge is the television and the internet. Sure, there are a lot of tips out there in the public domain and it is good that the information is available to those who seek it, but unless that information has been put to the test and mastered, the teachings imparted by such so-called survival skills instructors will remain largely theoretical. I doubt how many such survival skills instructors will be able to follow the skills they profess to teach, in a rel-life survival situation.

There are some basic ways to gauge whether the survival skills instructors are genuine or not. And I am being a little frivolous here. I would look for the following things:

1. Is s/he clean shaven?
2. Is he wearing well-worn ankle-length boots?
3. Is he using straight-off-the-shelf gear and equipment?
4. Are his/her hands calloused and face tanned?
5. Is s/he wearing "brands" or wearing "functionality"?
6. How many knives does he have?

Many survival skills instructors are about the "personality". They want to show that they know it all and are the final repository of knowledge. It is like a six year old donning a six gallon hat and proclaiming to be a cowboy. Life in the real world, survival scenario does not quite work that way. Many survival skills instructors want to impress their audience (or students) by looking good, with brand new, sparkling and squeaky clean equipment. Sneakers on their feet and a Chinese knock-off "Swiss Army Knife" gives them away. Unless these so-called survival skills instructors have actually got down and dirty in the wilderness practicing and honing their skills, I would not touch them with the proverbial barge pole.

It is impossible for any one person to know everything there is to know about anything.

And that is particularly true for survival skills. It is dynamic and every situation brings forth its own unique requirement on how to tackle it. And there are just so many ways to face and handle different situations. There is no right way or a wrong way. The only purpose is to overcome and there can be many ways to do that. If there is anyone who professes to know it all, unfortunately s/he is lying blatantly, making a fool of all the gullible folks s/he is addressing. Guard against such charlatans.

Learning survival skills is a continuous process and one can spend an entire lifetime learning and yet not be close to knowing it all.

There are a lot of people experimenting with better ways of doing things and that adds to the quantum of knowledge out there. Sure, the basics will still remain the same. One needs to be able to light a friction fire. But who knows, maybe someday a method better than the bow drill will be invented/discovered. To say that it only has to be this way and no other is a travesty.

Practice is important too. One may know a particular skill but if that skill is not practiced frequently, chances are mistakes may be made and the knot may not quite come out the way it is supposed to.

As far as students are concerned who want to learn survival skills, look at your instructor as a source of information, not as God. Absorb what you can and internalise the skill by practicing it yourself. Maybe you will be able to tweak it in a way that is better and less energy sapping than what you were told. Nothing is written in stone and nothing anyone tells you is written in stone.

So, be aware of your survival skills instructors and make a judgement call as to whether s/he has got it to be your instructor or not. Otherwise, it is a lot of time wasted in learning theory when what you probably need is instructions gained through practical knowledge. Not always possible, though. For instance, how many survival skills instructors would have lived through an EMP attack, or a nuclear attack, or a devastating tsunami, or a cloudburst that killed thousands of people? Their knowledge of lesser calamities help them in extrapolating the desired responses to larger disasters. Unless they have the skills developed in a real-life scenario, albeit in a smaller scale or a simulated scale, they do not really know how they will behave.

Experience is the mother of all knowledge and chances are that a clean-shaven, sneaker-wearing, Chinese SAK wielding instructor in jeans will just not cut it. 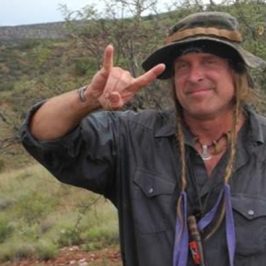 Cody Lundin of Dual Survival fame and from the Aboriginal Living Skills School wrote an...