We are seeing a natural calamity of unprecedented proportions in Chennai at the moment. Well, some might argue that the calamity is not entirely "natural" and humans have quite a bit to do with the flooding that has deluged the city. The rains are unprecedented though and is breaking all kinds of records. People are stranded, many have died, some are missing, there is no food or water, shops are shut, gas stations are locked and the authorities are doing their level best to cope on the ground and trying to shift blame in the media.

But then, I am not here to talk about the how and the why of the floods but the sheer negligence of the average citizen in preparing for a natural disaster. And because of this negligence, a large portion of the resources have to be diverted from other more pressing urgencies. Let me illustrate what I mean.

Thanks to the rain and the following floods, large parts of the city is submerged. Not only are schools and colleges shut, but shops too. The Hindu newspaper did not publish an edition ... a first in more than a hundred years. Because the shops are shut and the grid is down in many affected parts of the city, many residents find themselves without any food or water. Whatever was in the refrigerator has either been consumed or has rotted due to no electricity. Hygiene has become a major factor with sewers and drains clogged and flush toilets inoperable.

In the middle of this catastrophe, police, soldiers, NDRF teams, etc are distributing food packets and water bottles to the affected. Individual citizens have started food banks and are distributing food to whoever needs it. People have opened their doors to those who have had to bug-out of their own homes. Let us assume that each food packet costs Rs 100.

And this comes out of tax payers money. Add to this the wastage of manpower resources. On average a soldier receives a pay of around Rs 20,000 a month. If a soldier is involved in distribution of food instead of search, rescue and evacuation, this cost should also be added to the cost of wasted resources. If each soldier is responsible for distributing 1,000 packets a day, the cost of the food packets goes up by another Rs 20.

Now for the solution.

I suspect every literate as well as illiterate citizen knows that it is monsoon season and rains are expected. The Met department also issues warnings and notices of heavy rains predicted over the immediate future. Due to the construction of buildings on erstwhile ponds, lakes, swamps and marshes, water logging is the norm rather than the exception. Sewers possibly have not been cleaned for a long time. Chennai is a coastal city and the tide might aggravate the problem.

All this is reality and known to the citizens.

What prevents each and every household to stock a bag of rice, a bag of dal, some salt, some pickle, some other non perishable edible items like rajma, beans, butter, dry fruits, ketchup, peanut butter, jam, tea, coffee, sugar, etc?

Why couldn't each household have stored a few cases of bottled water?

If each household spent Rs 500 or thereabouts to cater to their food and water needs for a seven-day survival situation,
(a) they would have been better prepared psychologically and materially to face the situation,
(b) they would not have had to depend on the rescue parties to drop in some food,
(c) the rescue forces could have been better utilised,
(d) the tax payers money would not have gone to distribute food and water but to attend to more pressing needs.

If the Govt could have saved the Rs 20-30 crores it is spending on food packets and water bottles, citizens themselves could have pressured the Govt to address the issues that lead to floods of this nature. But alas, we as citizens do not wish to take responsibility for our own safety and well-being, preferring it to abdicate it to the authorities.

I request the Govt to start an advocacy and an awareness programme to appraise the citizens on what to do to prepare for such natural calamities, how to prepare for it and how to face it. If they spend a fraction of the Rs 20-30 crores on that project, they will not need to keep spending this amount every time a calamity strikes.

And we as citizens need to wake up and smell the stench of stagnant flood waters and take the necessary action to remain fed and hydrated in times like this.

Or else we will continue to live a life of wasted resources.

Here is an article on what to stock up on to prepare of just such situations. 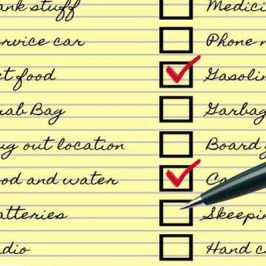 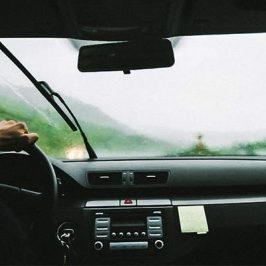 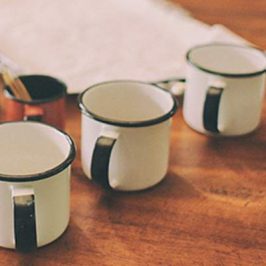